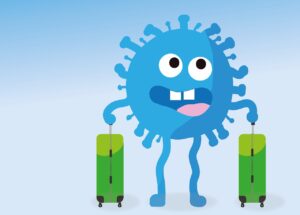 After nearly four months of being in lockdown due to the Delta outbreak, those who are fully vaccinated or have had a negative COVID-19 test result in the past 72 hours can travel into or out of Auckland without an exemption starting 15 December.

Prime Minister Jacinda Ardern announced the planned reopening to Australia-based New Zealanders, set for 17 January, would be subject to a last-minute review in early January.  According to COVID-19 Minister Chris Hipkins, while it’s very likely that the border reopening will proceed, they need to review the decision because of the Omicron variant.

As of 15 December, 7.9 million doses have been administered, and 3.7 million people are fully vaccinated.  This means the country has hit the 90% milestone for COVID vaccine double doses.

Border class exceptions for 600 much-needed specialist tech workers have been announced today by the Minister for the Digital Economy and Communications, Dr David Clark.  The tech sector is one of NZ’s top three exporters, and the class exception should relieve some of the pressure on tech firms and support their growth.

Further details regarding the border exception process will be provided in the New Year.

Food and Fibre Exports Forecast to Hit a Record $50.8 Billion

Food and fibre export revenue is projected to surge to a record $50.8 billion in the year to 30 June 2022, representing a 6% increase over the previous year.  High demand for dairy products combined with strong export prices are expected to deliver an estimated 10% increase in dairy export revenue to $20.9 billion.

Meanwhile, meat export revenue is forecast to increase by 6% to $11.1 billion, driven by recovering export prices and demand for meat products that are helping to fill the global protein shortage.

You can find the latest Ministry for Primary Industries’ Situation and Outlook for Primary here.

The manufacturing sector saw a lower level of expansion for November.  The Bank of New Zealand-Business NZ’s seasonally adjusted Performance of Manufacturing Index (PMI) was 50.6, down from 54.3 in the previous month.

A reading above 50 represents an expansion in activity, while any figure below that threshold indicates a contraction.

The government expects that New Zealand will return to budget surplus sooner than expected and will take on lesser debt as the economy has been more resilient than previously forecasted. 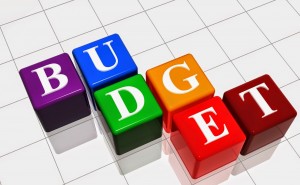 According to the treasury department, the deficit will widen to $20.8 billion in the current year, but the books will return to a surplus in 2023/24, about two years ahead of previous forecasts.

Meanwhile, GDP is expected to decline by about 6% in the September quarter, due the economic impact of the Delta outbreak.  However, it will gradually recover over the December and March 2022 quarters, growing 3.7% and 3.8%, respectively. The GDP is expected to reach 4.9% by 2023/24.

Hotel bookings over the summer are down 30-70% compared to previous years, while restaurants and bars reported decline in activity by as much as 80%, according to Hospitality New Zealand.

However, a government-led voucher programme over the summer may also help attract visitors.